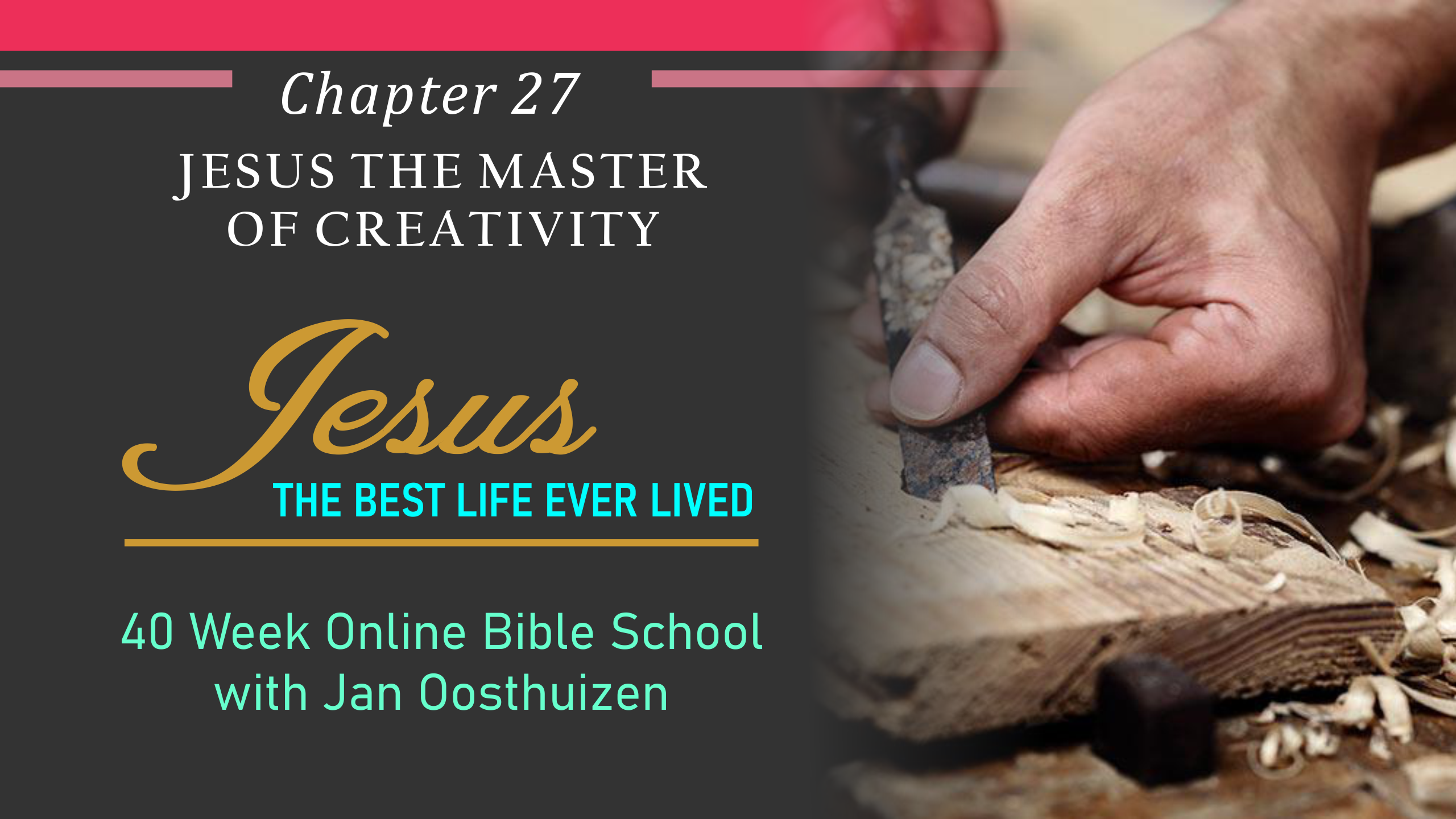 GOD is the best visual artist that exists! He is the Creator of the whole universe! Through Jesus, everything that exists came into being. Think of a beautiful sunrise or sunset; the shades of color when you let your eye span the mountains and ridges, valleys and rivers in the late afternoon; the beauty of the detail of a snowflake and a raindrop; the wonder of what you can see just under a microscope. And what you can see in the night sky through a telescope!

“The true sign of intelligence is not knowledge but imagination.”

“Bless the Lord, O my soul! O Lord my God, You are very great: You are clothed with honor and majesty, Who cover Yourself with light as with a garment, Who stretch out the heavens like a curtain.” (Ps. 104:1).

“For since the creation of the world His invisible attributes are clearly seen, being understood by the things that are made, even His eternal power and Godhead, so that they are without excuse.” (Rom. 1:20).

He focuses our creativity on doing good and making things beautiful. We were created in God’s image and thus possess the divine ability to create. It is through this creative ability that we: create inventions to bring solution to huge problems; create beautiful works of art and make wonderful music. Innovation is birthed from murmuring, being negative and speaking disparagingly. Every human being is innovative and creative but some devise evil plans to steal, rob, and murder while others devise plans to make the world a better place.

It’s a matter of the heart.

“These six things the Lord hates, yes, seven are an abomination to Him: A proud look, a lying tongue, hands that shed innocent blood, a heart that devises wicked plans, feet that are swift in running to evil, a false witness who speaks lies, and one who sows discord among brethren.” (Prov. 6:16-18).

“Then the Lord saw that the wickedness of man was great in the earth, and that every intent of the thoughts of his heart was only evil continually.” (Gen. 6: 5).

“And the Lord smelled a soothing aroma. Then the Lord said in His heart, “I will never again curse the ground for man’s sake, although the imagination of man’s heart is evil from his youth; nor will I again destroy every living thing as I have done.” (Gen. 8:21).

“…because, although they knew God, they did not glorify Him as God, nor were thankful, but became futile in their thoughts, and their foolish hearts were darkened.” (Rom. 1:21).

In the first 100 years of the Nobel Prize’s existence, from 1901 to 2000, 65.4% of all Nobel Prize winners were Christians. And 21% were Jews! The following percentages indicate the times the Nobel Prize was awarded to Christians in different categories for: Chemistry 72.5%; Physics 65.3%; Medicine 62%, Economics 54% and 49.5% of all Literature Awards.

If you search Wikipedia for a list of Christians who have received awards in science and technology, you will find one very long proven list of names.

George Washington Carver: He often acknowledged that he is nothing without the Lord, and that the Lord led him. He is called the “herbalist” and is known for the creation of peanut butter, cosmetics, paints, oils, marbles, plywood and even the dye used in Crayola crayons.

Gary Starkweather, inventor of the laser printer, encourages believers to think like the Bible about their work. As an engineer and inventor, he has worked with some of the leading technology innovators: Apple, Microsoft and Xerox. He attributes the success of his inventions to the guidance and inspiration of God. “I believe that the creativity we possess exists to a large extent because the Creator puts it there,” says Starkweather. “God has placed in us as tool developers the ability to think new, and I think it should please Him when He sees that we use those abilities to create something completely new.”

Theologian and scholar William Tyndale completed the first English Bible translation from the original texts into a more easier-to-understand language. The Catholic Church did not receive Tyndale’s Bible translation well – in fact, they accused him of heresy. Tyndale was committed to reforming the church and making the Word of God accessible to more people. This unfortunately meant he had to lose his life. To this day, his translation has influenced many of the English Bibles, which have shaped millions of Christian lives.

Award-winning chef Mary Hunter tells the New York Times that all of her recipes are divinely inspired. “I do not have a cookbook,” she said. “God gives me my own recipes. Prayer is where I get ninety-nine percent of my recipes. ” On ŉ day, Hunter says that God gave her an out-of-the-box idea: a marinating stick that works better than herbal injectors. The idea took time to be fully developed. It was first patented in 1994 and took almost two decades to hit stores. But it was worth the perseverance.

Stay-at-home mom Gail Pittman uses creativity and re-creation as a business venture. While one day she was looking for a creative outlet, she played with ceramics and found joy in decorating pottery. She now has a company with more than 110 employees who manufacture ceramics and household goods. Gail Pittman’s designs bring creative design and style to the table, creating the finest kitchenware through artwork. Her company places the industry before God in decision-making, and includes weekly Bible studies and practices that serve the community.

Jesus The Master of Creativity

Jesus’ parables, which can never be forgotten, testify to originality and out-of-the-box creativity. This also applies to the way He performed miracles. He had no set recipe.

Each Miracle Was Different

Jesus Did Not Concern Himself with Rules and Laws

Everyone is creative – the rules, regulations, culture, peer pressure do not stifle our creativity. To be a successful entrepreneur who enriches the lives of millions of people, you do not need to “re-invent the wheel” – you just have to think of a useful way to recreate, mix, combine or connect two or more existing things.

Salt is the combination of two elements: sodium and chlorine. It takes an atom of each to make a molecule of salt. One of these atoms is a positive ion and the other a negative ion that causes them to work together to form salt. It may interest you to know that sodium is terribly toxic and chlorine too. But together they become something the body needs and desires. They become something good. Bread and salt therefore speak of reconciliation, commitment, cooperation, partnerships, unification.

The Lord created the earth and gave us 92 elements. Individually, each of these elements are useless. It’s when we mix iron with carbon that we get steel. The inventive mixing and combining of these elements is the basis of new inventions that make life easier for us, such as aluminum, plastic and stainless steel. Also, people sell a lot more eggs and milk when they make ice cream with it.

The Necessity of Practical Creativity

Cement is a very strong substance. Add sand and stone and it gets even stronger. But even concrete crumbles under uneven pressure. This is because concrete is strong under pressure but weak under stress. Engineers learned to combine steel and concrete to make steel-reinforced concrete. Steel is strong under stress but weak under compression. Concrete is the opposite. Combine them and we get a material that is strong enough to hold a skyscraper upright, but flexible enough to swing without breaking. Steel and concrete compensate for each other’s weakness.

Just as we mix-and-match elements to create new products, society is a network of different types of people. In fact, all life is interconnected. Everyone is involved in an inevitable network of interdependence, tied into a single garment of the fate of life.

Therefore, no intervention, program or solution is viable or sustainable without the maintenance of the network of relationships that binds us. Persistent liaison, contact, commitments and collaboration are what build and build a community. [1]

The brain uses 20% of the body’s energy – it will therefore always try to save energy. This means it always chooses the path with the least resistance. Therefore, we must actively and deliberately focus on moving against this natural disposition by:

1.     Trying something new regularly. The well-known inventor, Nathan Myhrvold, has achieved success in various diverse fields: engineering, physics, energy and food technology. Learn new aptitudes, hobbies or skills, which may be a solution to your work problem. He claims that there is not really anything original.

We sometimes have to force ourselves to move outside of a framework, context or industry from time to time so that we can see work with new eyes or use or plan. Expose yourself, read widely, be curious, ask questions.

This is most likely why Jesus chose craftsmanship rather than becoming a Pharisee, Rabbi, scribe or priest. However, he first examined the Word and the Scriptures (Luke 2: 41-52).

When you try to be completely extreme and radical, few people will follow you. If you stay with the mainstream all the time, you lose the ability to be creative. However, Jesus was not concerned about any current or influence. His identity was anchored in His relationship with the Father.

3.     Be willing to make mistakes. Creative people must be willing to make mistakes: Jesus had no fear of man. “But Jesus did not commit Himself to them, because He knew all men.” (John 2:24); the Pharisees did not openly confess their faith for fear of the people (John 12:42-43) and Jesus did right and lived right, and was therefore never afraid to come to light. “But he who does the truth comes to the light, that his deeds may be clearly seen, that they have been done in God.“ (John 3:21). Jesus was not afraid or limited by His own family: “But when His own people heard about this, they went out to lay hold of Him, for they said, “He is out of His mind.” (Mark 3:21). He also knew how to gather the right people, who believed in Him of those around Him (Matt. 12:48).

Elon Musk says that he is not afraid to open himself up to “rigorous self-analysis”, but then among the people who believe in him. He ignores those who only criticize him because they do not understand his vision.

Believers cannot afford to allow negative thoughts of unbelief and doubt for a moment. We certainly see the realities, but immediately we focus our minds on finding creative solutions. There have always been problems, famines, wars, persecutions and hardships, but believers see opportunities and deliverance.

The Attitude of Creativity

“You send forth Your Spirit, they are created; and You renew the face of the earth.” (Ps. 104:30). The Holy Spirit is the creative force of God in our lives today. 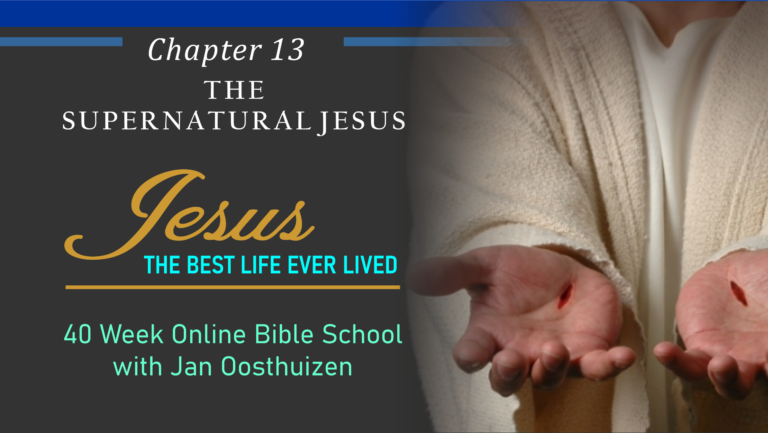 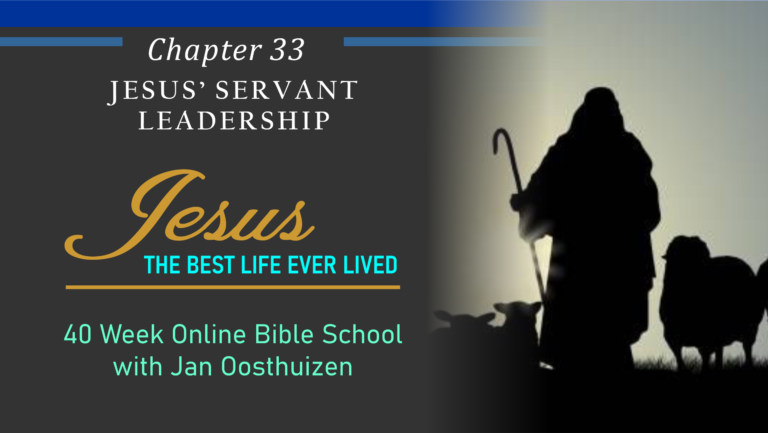 “We have all been called to be foot-washers.” Allan Woods SERVANTHOOD paves the way, to the discovery of purpose of your creation and confirmation of it. “If anyone serves Me, let him follow Me; and where I am, there My servant will be also. If anyone serves Me, him My Father will honor.” (John 12:26). “Servant leadership” is a… 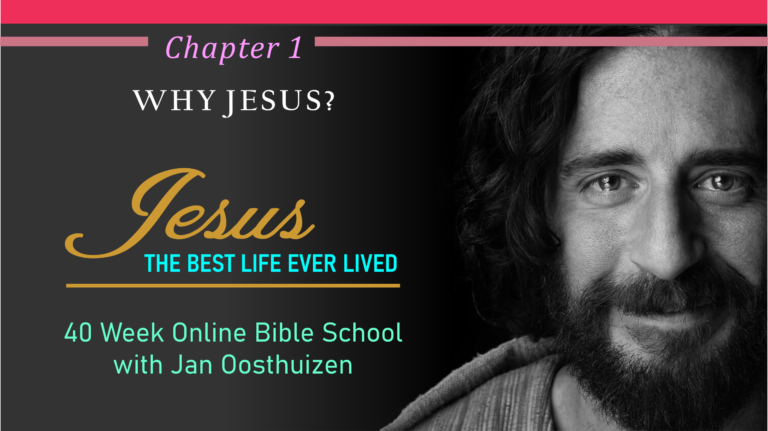 Why do we believe in Jesus? What makes Him unique from other Savior types? 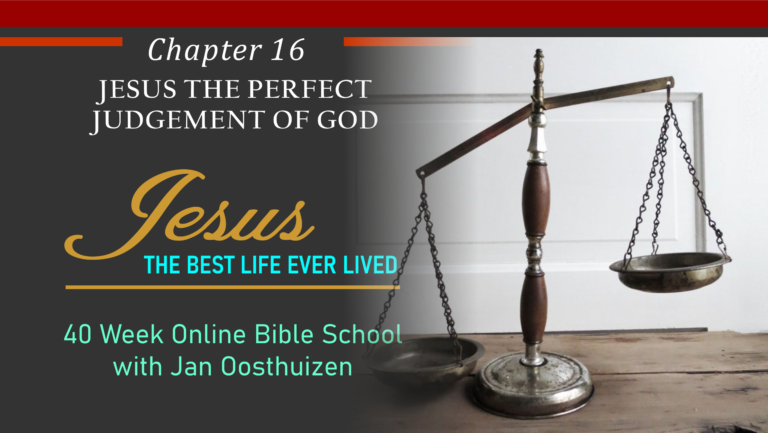 In the choir of life, it’s easy to fake the words—but someday each of us will have to sing solo before God [1] – Michael P. Green, Ed., , Revised edition of: The expositor’s illustration file., (Grand Rapids: Baker Book House, 1989). JUDGEMENT is mostly seen in a negative light. Our connotation of the word brings… 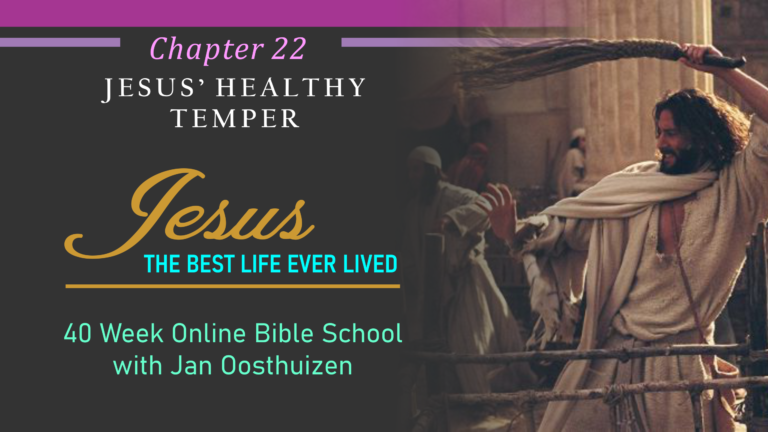 A HEALTHY temper without harming anyone is a divine gift that strengthens us to stand bravely against evil. 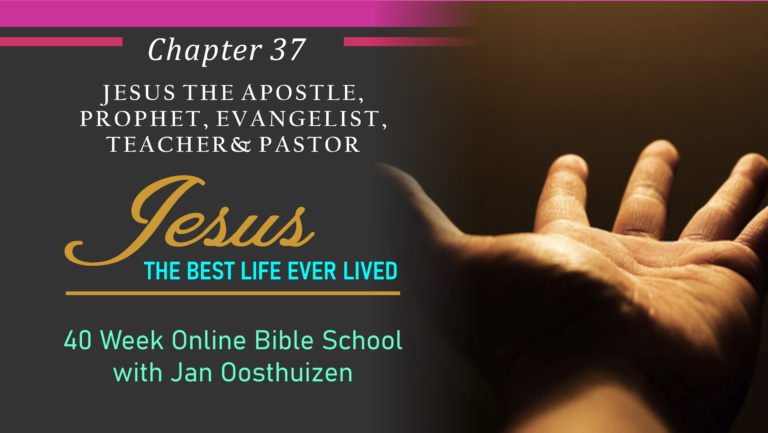 AS the Lord had very specific specifications when building the tabernacle, or tent of meeting, so the Lord has specific precepts about how His body, church should function (Ex. 25:40; 26:30; 2 Tim. 1:13; Heb. 8:5). Of course, the most important specification is that Jesus Christ is the cornerstone (Matt. 21:42).